I reasoned that I'd get over it. But this morning when I asked her if Dirk was defrosting the turkey at his place because I'd not seen it, she dropped the bomb that he was on a no-poultry diet and had bought a ham for us to bake instead tomorrow. Lots of people had ham instead of turkey. I liked ham, didn't I. Then she rationalized, since there was no bird, there was no need for stuffing.

" He kissed me soundly then pulled back. His weight shifted until he was sitting on my thighs, my legs pinned together beneath him and his cock between us. One hand held both of my wrists now. He yanked the pillow free with his other. There were no words that seemed to satisfy what needed to be said. I was standing in an alternate reality.

" His eyes narrowed, though he continued to smirk at me. "Do I have to worry about you having suppressed feelings of resentment toward your mother because she woke you too early each morning when you were growing up.

Did she sing you a song I should know about to avoid?" "You need to grow up," I grumbled, swinging my legs out from under the covers on the opposite side of the bed. There was a growl behind me when I stood and the sheet fell away. "In the half-light, you're even more exquisite, Holly.

Once Will gets on his feet, you can get rid of the apartment. It's cheaper to stay here paying only half of the rent, plus you're going to need space to study in when you go back to school. The second bedroom is perfect for an office. " Chris reached up and tucked a strand of hair behind my ear, a crooked grin on his face.

"You've got it all planned out, don't you?" "You think it's a stupid idea.

Why in the hell had I agreed to do this. "Because you're a great girlfriend, and you wanted to help out a poor guy. " "Damnit. Am I talking out loud to myself now, like I do in my sleep?" "It's adorable," Chris smiled, pecking me on the nose. "Now hurry up.

I was standing in an alternate reality. A dream world. That's what it was. It had to be. Because I felt. 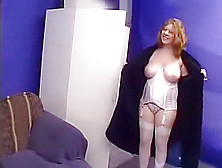 " At my frustrated cry, he shushed me. "I'm not denying you, honey. You've had a rough week, and it wasn't fair that I teased you for the past hour. Just stop struggling for a minute.