I'd started sniffling and coughing almost two weeks ago after my thirtieth birthday celebration (which had consisted of just the two of us, a bottle of chocolate sauce, a container of whipped topping, my little toy box, and the kitchen island). But there was more to my current demeanor. More that Chris didn't know about.

My trip to the doctor three days ago had been two-fold: I'd wanted to check out the consistent rasp in my breathing; and I was scheduled to have my first ultrasound. Except that the technician couldn't find a heartbeat.

Endowed. But it didn't seem to matter. One girl said she could tell I was hiding something by the way I shied away from letting her touch me below the belt when we made out. After it had happened a second time with another girl, I realized I must have been subconsciously projecting my fears that I would be rejected.

I whimpered all the way only to gasp when his fingers turned outward and briefly brushed the insides of my breasts. Beneath my back, I fisted my hands, willing myself to hang on. In addition to trying to avoid speaking, I was trying to avoid coming because he hadn't given permission. We'd played in similar ways before, and I'd held out for longer than I'd expected I would.

I just didn't know how long he was going to draw it out this time.

I still had to deal with Dirk and Jolie. Soon. God help me. I kept pacing the length of the kitchen, pausing every few passes to glance at my phone on the counter. That call we'd ignored last night had been from Jolie.

Rubbing harder. deeper. Teasing at my entrance but not penetrating. Driving me even further up to the pinnacle but not letting me drop in a perfectly executed game of cat and mouse.

Little had I known what had awaited me at the mall. In the bedroom. We'd come so far in eleven months. I'd learned to let go with Chris. 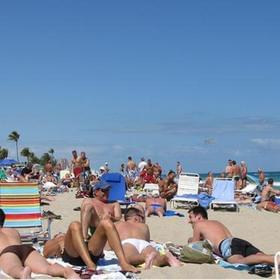